Basics of Mergers and Acquisitions 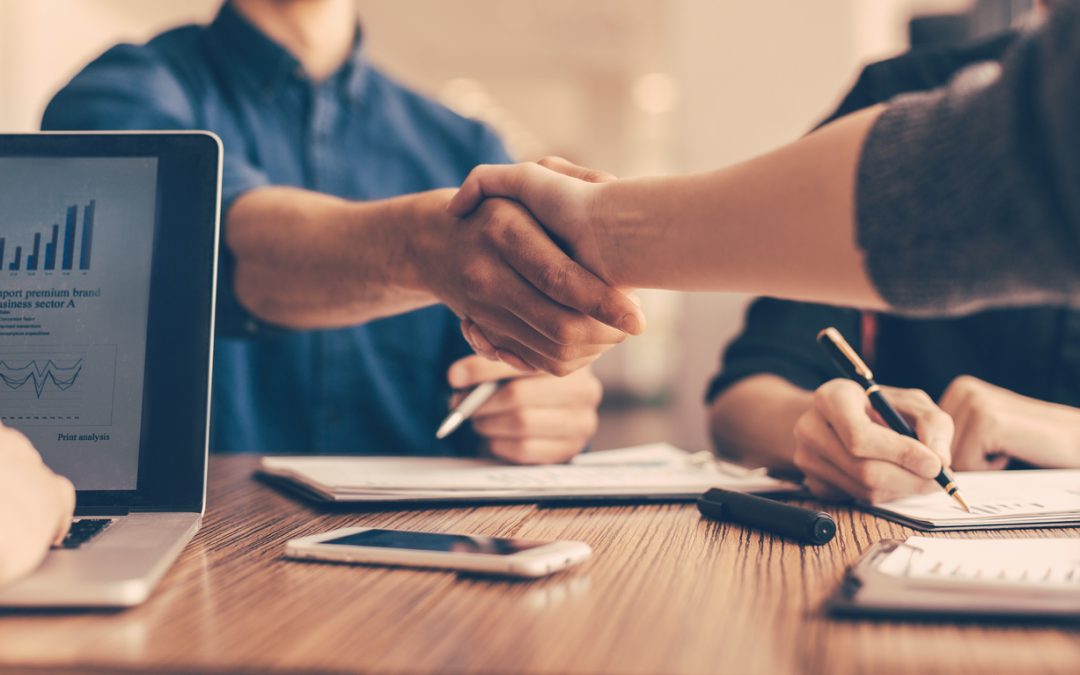 There are many reasons why two companies may choose to combine into a single entity. Expanding into new territories, adding technologies, reducing costs, eliminating competition, boosting revenue, and increasing market share are just a few examples.

The legal joining of two or more businesses is called a merger or an acquisition, depending on the circumstances. The action may be “friendly,” meaning it is mutually agreed upon and benefits both companies, or the action may be “hostile,” meaning there is some opposition and one company benefits significantly more than the other.

The two terms are often used interchangeably, though legally and financially they have significant differences. Because the word “acquisition” sometimes carries a negative context, some companies choose to use the term “merger” to avoid public disapproval. In this article, we will use the terms in their legal and canonical sense.

What is a Merger?

In many cases, one company name and brand survives, while the other ceases to exist. An example of this is the 2019 merger of United Technologies Corporation and Raytheon Company, where the Raytheon brand is the survivor. In other cases, both brands continue, giving us sometimes awkward company names such as Keurig Dr Pepper and Kraft Heinz. Less often, neither brand continues, but an entirely new company is created. This was the case when Yahoo and AOL merged in 2017 to form the company called Oath.

One of the hallmarks of a true merger, as opposed to an acquisition, is that neither company buys out the other (though exchanges of stock may occur). Another characteristic of a merger is that significant restructuring occurs in order to take advantage of the best assets of each company.

True mergers (sometimes referred to as “amalgamations” or “mergers of equals”) are relatively uncommon. It is rare to find two companies so alike that both will benefit equally by combining. Most of the business consolidations that are called mergers are actually acquisitions.

One of the most successful corporate consolidations was the 1999 merger of the Exxon and Mobil petroleum companies to form ExxonMobil, a major player in the worldwide oil industry.

Another successful merger is that of the online brokerages Charles Schwab and TD Ameritrade in 2019. The combined company has taken a massive lead in the online investment industry.

The 2001 merger of America Online and Time Warner was a disaster from the beginning. Anxious to take advantage of emerging new media technologies, the companies rushed into a deal without proper due diligence. After just one year, the combined company posted a net loss of 99 billion dollars.

Another well-known failure was the merger of Kmart and Sears Roebuck in 2005. Both companies were in decline at the time with major competition from upstart online retailers. Although the merged organization was the third-largest brick-and-mortar retailer in the United States, it never succeeded in developing a workable online sales strategy. The company filed for bankruptcy in 2018.

What Is an Acquisition?

An acquisition occurs when one entity is taken over by another. A new company is not formed, and the smaller company either ceases to exist or becomes a subsidiary. The acquiring company takes over the assets, liabilities, and decision-making powers of the smaller organization. Usually, there is little or no change to the leadership structure of the larger company.

Most corporate acquisitions involve asset purchases, in which the acquired company sells its business assets to the larger company; or equity purchases, where the acquiring company purchases a controlling interest from shareholders of the smaller company.

Sometimes an acquisition involves the sale of one or more units or divisions of a company, rather than the entire enterprise. There are also cases where, usually for tax purposes or to combat a bad reputation, a larger company may be acquired by a smaller one.

A friendly acquisition often occurs when the smaller company is distressed, or the company owners are desirous to move on to other pursuits, or it may be that the acquiring company simply makes an offer that is too good to refuse.

A hostile acquisition or “hostile takeover” may occur when the target company owners or stockholders are reluctant to sell. It can also happen when shareholders of the target company are unhappy with management and band together in a “proxy battle” to win the corporate vote. Sometimes the acquiring company will go directly to the stockholders to entice them to sell.

One of the most successful acquisitions to date occurred in 1999 when British mobile operator Vodafone acquired German industrial conglomerate Mannesman in a $203 billion hostile takeover, becoming the world’s largest mobile telecommunications company.

Another success was the 2019 acquisition of drug manufacturer Celgene by its rival Bristol-Myers Squibb. Celgene became a subsidiary of Bristol-Myers, and together they became one of the world’s largest suppliers of cancer medications.

In 2005, online auction company eBay acquired video communication company Skype, with expectations that buyers and sellers could easily communicate, thus increasing sales. Unfortunately, the two companies did not share any commonalities in culture or direction. Worse still, it turned out that eBay users had no desire to hold video meetings with sellers; they preferred email. After just four years, eBay sold off most of Skype at a $700 million loss.

In 2008, Bank of America acquired mortgage lender Countrywide at a “bargain” price of $2 billion. This was at the same time when the subprime mortgage bubble was bursting, and the national economy was tanking. Having failed to do its due diligence, Bank of America eventually wound up losing $50 billion on the deal.

What Should Be Done to Prepare for a Merger or Acquisition?

As evidenced by the examples above, one of the biggest factors in a failed merger or acquisition is the lack of proper due diligence. Once a letter of intent is signed, there needs to be a thorough disclosure of financial, organizational, and obligational data between the companies. This process will take considerable time and effort.

A full financial audit and company valuation, as well as a review of all existing contracts and corporate relationships, must be undertaken in each company.  In addition, each company needs to look carefully at the structure, culture, and reputation of the other, to ensure a good fit. If anything seems out of order, it needs to be fixed before the transaction proceeds. If the situation cannot be corrected, it may be time to walk away from the deal.  It is generally good practice to seek our experienced advisors for any merger or acquisition action.

Pros and Cons of Mergers and Acquisitions

When contemplating a business merger or acquisition, it is extremely important to weigh the risks against the potential benefits. A comprehensive financial picture of each company and solid forward-looking financial forecasts are essential. Companies that fail to do their due diligence in advance may sorely regret it later.

Here are some of the main advantages and disadvantages of a corporate merger or acquisition.

A company that desires to expand may find great advantages in merging with or acquiring another company—but only if it’s done right. A merger or acquisition can help a business rapidly increase its market share, reach new customers, gain new assets, and improve its competitiveness. A merger or acquisition can be a faster, cheaper, and less risky means of growth than expansion of sales and marketing efforts.

However, there can be significant downsides to a merger or acquisition. You not only gain access to the other company’s assets, but you also acquire its liabilities, both tangible and intangible. Mismatches in culture, technology, and objectives can be problematic. Employees, suppliers, and customers may not adapt well to the changes. It may take a long time to work out the kinks and get the consolidated company running smoothly.

In order to make a wise decision about a potential merger or acquisition, it is critical to take your time and do a full cost/benefit analysis. You may need the help of an outside consultant as you make your due diligence efforts.  If you would like expert financial advice, we invite you to contact Preferred CFO today. 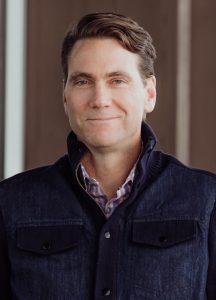 A veteran of the financial services industry, Kyle has served as CFO, COO, and Senior Auditor for organizations such as Arthur Andersen, LLP and CSI Capital Management, Inc. He has also served as the CFO for the general partners of Athlon Venture Fund I, LP and Dawson Real Estate Fund, LP. 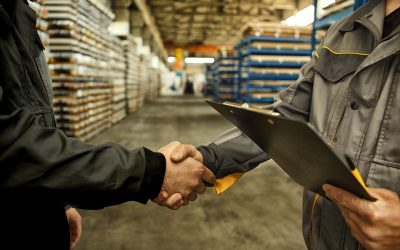 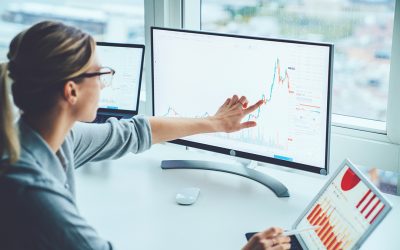 How Much Does a Virtual CFO Cost

A virtual CFO, also called a VCFO or fractional CFO, is a consultant or company that provides CFO services to one or more businesses on a part-time or ad-hoc basis. In the past, a true CFO was usually a highly paid, full-time employee that only large corporations... 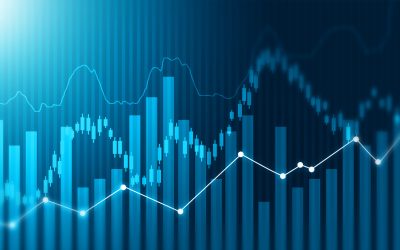 What Is Gross Profit and Why Does It Matter?

Gross profit is one of several key profitability metrics that help companies evaluate their financial health. It is necessary to determine gross profit before you can calculate other important figures such as net profit, EBITDA, and the company’s bottom line. Gross... 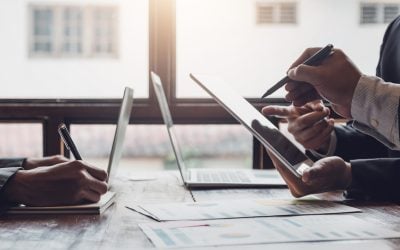 20+ Mistakes to Avoid when Selling Your Business

Selling a business, especially in the current economic climate, can be a complicated process. You want to get the best price from the right buyer and smoothly transition the business to the new owner. The process takes a significant amount of planning, negotiation,... 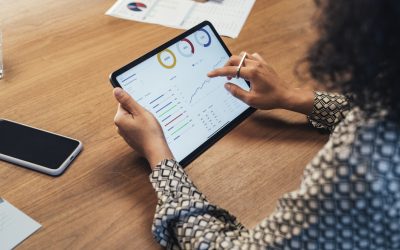 An essential factor in business management is the ability to discern where the company is headed and what course to chart for maximum profitability. Intuition and guesswork are not sufficient to create a rational roadmap for the future. For that, the process of... 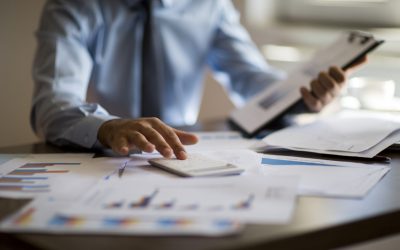 How to Improve Business Cash Management

Cash management is the lifeblood of any business. It can make or break any company regardless of how great the product or service is. In fact, cash-flow related challenges are the reason 82% of small businesses fail. Cash flow is a metric that every company should... 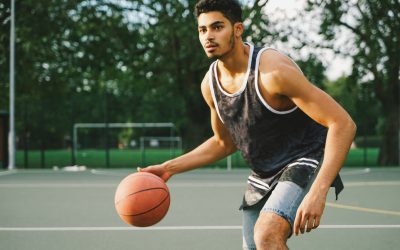 Is Your Business in Athletic Position?

In sports there is a stance known as the “Universal Athletic Position,” or “ready position.” Feet apart, knees bent, hips back, chest forward, arms extended-with minor variations, this stance is favored by athletes as a starting position for many different sports.... 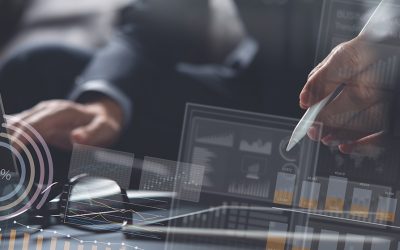 It’s becoming increasingly common to see companies turning to an outsourced CFO instead of a traditional in-house CFO. This is especially true for the dynamic, high-growth SaaS industry. SaaS companies are finding that outsourced CFOs specializing in SaaS are often... 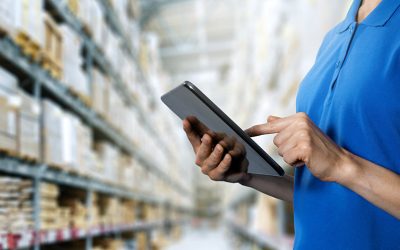 For many businesses, product inventory is their biggest asset. Effectively managing the inflow, storage, and outflow of inventory is critical to the financial success of the company. When inventory management is done right, customers can place orders with confidence,... 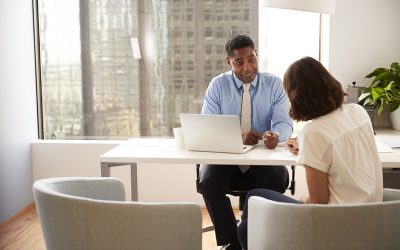 Questions to Ask Your CPA about Business Tax Strategy

The purpose of a business tax strategy is to maximize income by legally reducing the amount of taxes owed. Because tax laws and government regulations are constantly changing, your tax strategies need to evolve as well. A Certified Public Accountant (CPA) is a tax... 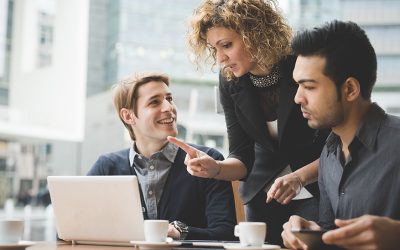 What is the Difference Between a Controller and CFO?

One of the questions we get asked most frequently about financial roles and responsibilities is "What is the difference between a Controller and a CFO? These titles are used frequently--and often interchangeably--in the business world. However, despite the roles... 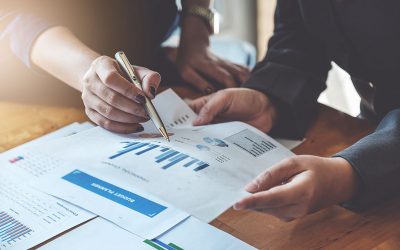 In order to make confident and effective business decisions, company executives need good data. They need to know how the business has performed in the past, where it stands financially right now, and what its prospects are for the future. They also need to be able to...