The Confidence of Knowing™ 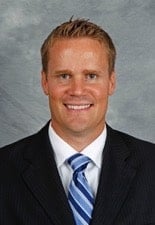 Wayne Vance has over 19 years of SaaS industry experience in both Silicon Valley and Silicon Slopes, including raising over $85M in public and private funding, participating in and facilitating 10+ acquisitions, and helping complete a $1.8B sale of Omniture to Adobe.

Wayne Vance is an experienced CFO with over 19 years of finance and accounting leadership within the SaaS industry. He has a passion for working with high-paced, high-growth technology companies.

Wayne began his career in Silicon Valley as an auditor at Deloitte & Touche, LLP. He later joined Omniture at an early stage growing the business from $8M to $350M in revenue and 35 to 1,200 employees globally within 6 years. As Omniture emerged and matured as a SaaS company in the Silicon Slopes area, Wayne was involved in facilitating and integrating several acquisitions around the globe, completing an initial public offering (IPO) and sale to Adobe for $1.8B.

At Adobe, Wayne played a key financial role in transforming the organization into a subscription model and integrating the Omniture acquisition. Over the years, Wayne has performed in acting and full-time CFO roles for emerging ecommerce & tech companies, including 5 years with Omadi.

Wayne graduated with an MBA and B.S. in Accounting from Brigham Young University.