The Importance of a Devil’s Advocate 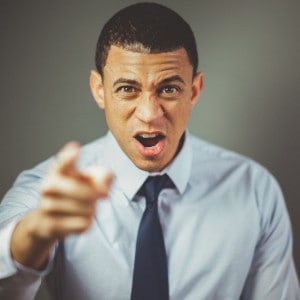 The Importance of a Devil’s Advocate

The 2013 movie World War Z starring Brad Pitt describes Israel as having something called the tenth man rule. An Israeli official explains to Pitt’s character Gerry Lane that after the Yom Kippur War took Israeli leaders by surprise, Israel’s ten-man leadership group instituted a rule. Anytime nine of the leaders look at the same information and arrive at the exact same conclusion, the tenth man is required to disagree. No matter how improbable it may seem, the tenth man has to start digging on the assumption that the other nine are wrong. The fictional Israeli leader explains that when early reports of zombies arrived, nine leaders disregarded them; the tenth was required to investigate. When investigation produced evidence, the leadership anticipated and prepared for the zombie invasion.

A recent Forbes article stated that “any organization that aspires to innovate but has not embraced an explicit devil’s Advocate process should read Megan McArdle’s recent Opening Remarks column at BusinessWeek on Why Negativity is Really Awesome.” She discusses a series of large scale disasters where reputations, jobs, and even lives were needlessly lost. In each case, individuals within the organization raised a warning but were ignored or forced quiet. Having a devil’s advocate that is specifically responsible for raising tough questions in a constructive way is critical for success. Also note that this doesn’t just apply to catastrophic events, but should guide day to day decisions. The following are three things that will be helpful as you follow this model.

I advise my clients to always set up a structure and designate a person to be the devil’s advocate, because I have seen many examples where it worked. I have seen untested decisions that were untested by an internal contrarian and were unprepared for later external tests. A devil’s advocate provides a valuable service in any context: school, work, or even fictional zombies.

Some group-think may be unavoidable. That is one reason to hire a consulting firm. Preferred CFO is happy to help challenge untested assumptions. Please call Preferred CFO for our assistance. We are excited to help.